What is hot-desking, and does it really work?

As the world of work adapts to a new, post-pandemic reality, a lot has changed. Working from home has gone from being something that many companies worried would dent productivity and stifle creativity and become, in many cases, the default mode of working. Flexible working appears to be the working pattern of the future. 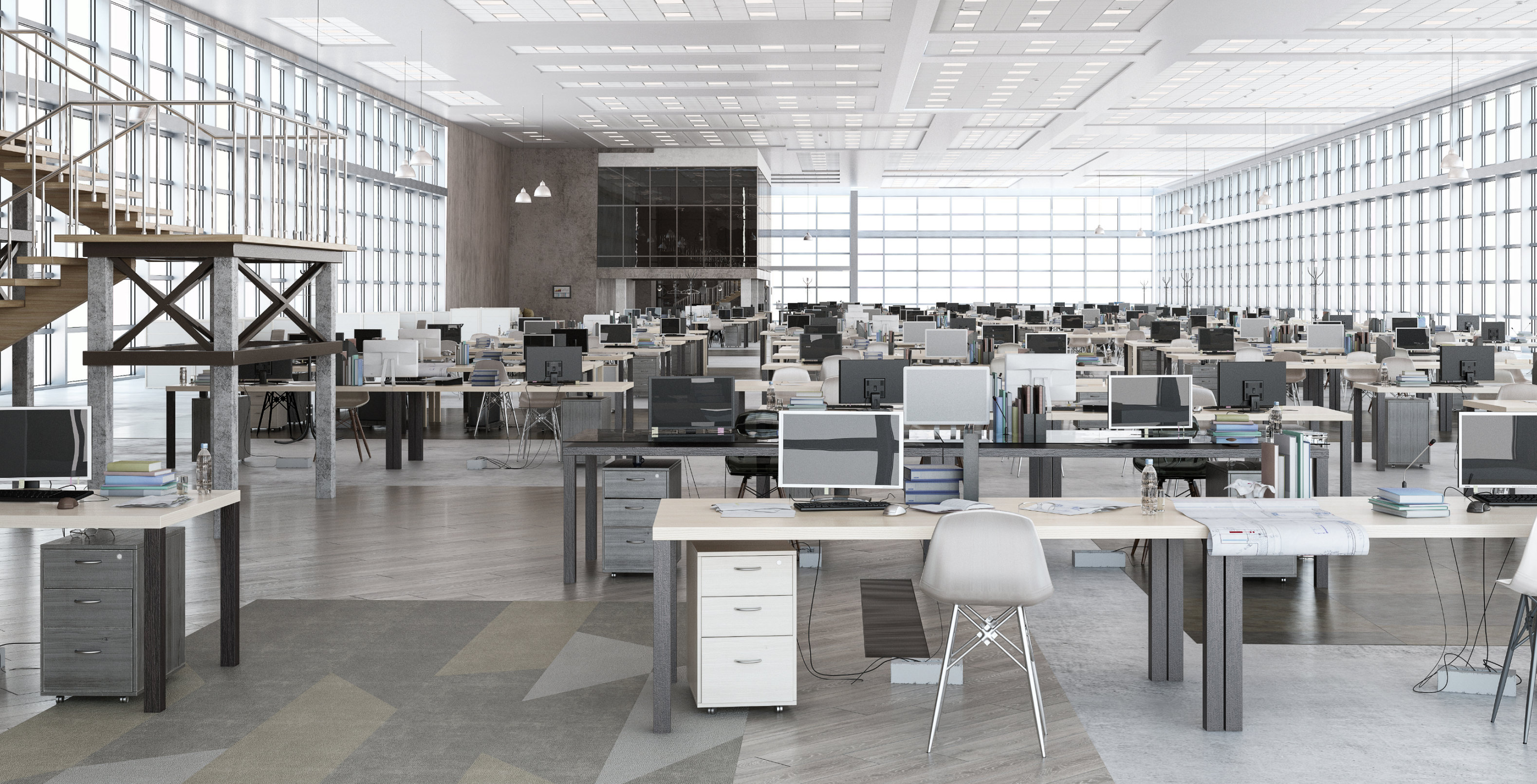 With this new normal, companies both large and small are attempting to find a way to strike a balance. Many find themselves in a situation where they don’t want to give up on offices entirely, but no longer have a need for an office space that is capable of seating their entire workforce at once, a situation which will rarely if ever arise again. One popular solution to this conundrum has arisen in the form of hot-desking systems.

Hot-desking is a system in which desks in a section, or the whole of, an office don’t have a set ‘owner’. Instead, employees can pick and choose which desk they work at on a given day, depending on availability and convenience. Through this method, a company is able to save money on space and resources by offering a smaller space but without compromising on their employees’ ability to work from the office when they want to.

How does hot-desking work?

Some companies operate a hot-desking system entirely on an ad hoc basis, meaning employees simply grab any desk they can find on the days they travel to the office. This option can seem attractive because it requires no additional infrastructure or costs. However, this casual approach to hot-desking has drawbacks, namely that employees can arrive at the office only to find all the desks already occupied, or be forced to work far away from fellow teammates, negating the benefits of being in the same room.

It’s for these reasons that companies are now tending to look at more robust, reliable solutions. These solutions tend to involve allowing employees to reserve or book desks before they arrive in the office or even days in advance, enabling groups or entire departments to coordinate which days they’ll work together in the office and book clusters of desks appropriately.

What are the benefits?

Hot desking has numerous benefits for both major enterprise-level companies and small ones:

Even before the pandemic, some notable companies had shifted away from the traditional fixed desk office layout into a more flexible, hot desk approach for their workplace.

The reason for this shift was similar to the movement away from isolated cubicles towards more open-plan workplaces that occurred across the past thirty years or so. Employers found that their staff were happier, more creative, and more productive if given the opportunity to collaborate with colleagues more closely and naturally find points in the workday to pause and take a break.

Hot desking is a natural evolution of this movement. It’s consistently been found that workers who are allowed to regularly experience a change of scenery and working environment, instead of sitting in the same seat in the same part of the office every day, are more productive and generally happier. Hot desking enables employees to experience this effect every time they visit the office if they wish.

What are the downsides?

Despite the considerable upsides of hot-desking, some potential drawbacks mean a hot-desking system isn’t always the best fit for a certain company.

For companies looking to ramp back up to full office occupancy eventually, they will need enough space for their entire workforce, meaning that hot desking would have limited value.

There is also the issue of over-subscription. If an office only has half the number of desks compared to the number of employees, there’s a risk of there being a day in which more people come into the office than the space can accommodate. This is less a drawback of hot-desking itself as a logistical issue that any business looking to implement hot-desking must be aware of.

Finally, some people simply like having a dedicated desk they can work from. They can accessorize it with personal trinkets, have the seat set up just as they like it, and can have technology such as monitors and chargers prepared to let them get to work as quickly as possible. However, there’s no reason why companies can’t adopt a hybrid static/ hot-desking office, where some desks are permanently reserved as they traditionally would be, whereas others are available to be booked.

What is required to create a successful hot-desk system?

As stated above, a hot-desking system, at its most basic level, is immensely straightforward to implement. Some offices utilize spreadsheets or shared calendars to arrange bookings and manage office occupancy numbers for a given day. Some may even leave the system entirely to chance, allowing anyone to sit anywhere with no booking.

However, even for SMEs, this lack of organization can quickly begin to cause issues. These systems can quickly become overwhelmed or double-booked, leading to confusion and wasted time. They also do a poor job of visualizing the office space and enabling employees to successfully book clusters of desks in a manner that will enable them to collaborate effectively.

There are now many companies offering hot-desking software, which helps present employees with a desk map and more effectively track and communicate occupancy at a given time. However, these systems are falling short for many enterprise-level employers, particularly when they’re being asked to integrate with other smart workplace innovations.

Some, for example, know a booking system won’t cut it for their dynamic workplace, in which meetings are constantly happening (sometimes via a room booking system), visitors are arriving, and people can’t be fixed to one desk for even an entire day. They want the ability to offer real-time desk occupancy visualizations to their staff to enable them to find desks quickly and conveniently and to instantly let their co-workers know when they’ve grabbed a desk and where they can be found.

For a complete hot-desking solution such as this, a workplace needs to ensure they’ve got highly accurate maps and indoor positioning technology. Without location technology capable of pinpointing users within a meter or so, the above options won’t be possible. Fortunately, thanks to Pointr, indoor positioning accuracy, and performance of this level are now possible.

What’s more, we have strived tirelessly to make Pointr’s solutions available to as wide a cross-section of workplaces as possible. Whether your business only has an employee app, or if you’ve already got as far as producing maps and activating a desk booking system, Pointr’s Deep Location® can be rapidly deployed, integrated, and activated for maximum convenience.

Get in touch with us today if you’re looking to give your business the best possible foundation for a hot-desking system.

Why Analytics Is Taking off at Smart Airports