Bluetooth beacons: Everything you need to know.

Here at Pointr, we specialize in working with Bluetooth® technologies and we find that many curious individuals ask us about what these really are, how they work, what they enable businesses, workplaces and more to do, and everything in between. So we have put together an article on everything you need to know about these fantastic devices.

It’s a long read, so grab a cup of tea and enjoy!

What is a beacon?

A Beacon is a small device (approx 3cm x 5cm x 2cm) that constantly sends out radio signals to nearby smartphones and tablets, containing a small amount of data. The signal strength and time between each signal can be configured to give a desired coverage. Mobile apps can listen for the signals being broadcast and, when they hear a relevant signal, can trigger an action on your phone. Note that beacons only operate/talk in one direction (i.e. they can broadcast data but cannot read things off your phone). For the majority of current beacons, the data that they transmit is hard coded and doesn’t change frequently (i.e. set it once when configuring the beacon) and they rely on the device which is listening to do something intelligent with the data – in the future this is likely to start changing.

How do beacons work?

Beacons work using Bluetooth Low Energy (BLE) which is a version of the more common Bluetooth protocol, designed to use very little power and send less data – typically 1-20% of standard Bluetooth power and at 15-50% of the speed. They are often powered by batteries and as such the performance/battery life needs careful balancing to suit the application as the battery life can be anywhere from 1 month to 2-3 years (there are beacons using USB/mains power or solar panels so last much longer, and some beacons are coming out which are built into lights or light sockets). The beacons themselves are typically stuck to walls/ceilings or hidden in other objects since you can detect a beacon up to 70m away with no obstructions (depending on the power level).

How can beacon signal or range vary?

Whilst Beacons can have up to 70m range with no obstructions, this can drop significantly through walls which are made with metal or brick (though thin/stud walls have a much smaller effect).

In addition to the potential range of Bluetooth Low Energy, most protocols also operate with three ranges of distance: far, near and immediate – and a device can do something different at each range.

The signals also allows apps to recognize whether you are getting closer or further away, hence offer you a welcome/goodbye message as you shop, or even understand which parts of the shop you interacted with. Remember that this processing would have to be done by the app as a beacon only transmits data and cannot receive a signal from your phone – this information could however be transmitted back to the shop via a data/Wi-Fi connection.

Yes all modern phones can support Bluetooth Low Energy but you have to turn on Bluetooth for anything to happen.

On iOS 7 and above (iPhone 4s and above, iPad 3rd/4th Gen/Mini/Air, iPod Touch 5th Gen and above), the phone can constantly scan for Bluetooth Low Energy devices and wake up relevant apps when they come within range of a relevant beacon (even if they are closed).

On Android devices there is no operating-system management of beacons and the apps must scan for Bluetooth Low Energy devices themselves. This means the apps must be running (can be in the background) all the time and hence use up more battery (not very much).

On Windows and Blackberry devices there are varying levels of compatibility but most modern phones over the last few years support Bluetooth Low Energy in a similar way to Android (e.g. Windows phones require the Lumia Cyan update).

It’s not really, iBeacon is a protocol devised by Apple that aims to standardize the data broadcast by Bluetooth beacons. In other words, iBeacon is an Apple flavour, running on top of core Bluetooth Low Energy technology and beacons. Any Bluetooth beacon can be regarded as an iBeacon, if they advertise according to Apple’s standards. Currently Apple doesn’t make beacon hardware and expects beacon vendors to adopt their iBeacon requirements. There is a chance that Apple may release their own iBeacon hardware, and at this point a difference may emerge – some people say the iWatch is effectively an intelligent Bluetooth beacon (technically true) though not in the form most people would expect it.

Will all beacons work with my app?

All beacons transmit data in the same format and so are very interchangeable, though certain parts of the transmission are specific to certain manufacturers and hence the app should be configured for a particular beacon. In order for the app to respond as intended it needs to know exactly what beacon it is listening for and each manufacturer will have a set of tools available to help with this process.

What does Apple’s iBeacon technology do?

iBeacon lets iPhones/iPads/iPods constantly scan for nearby Bluetooth devices. When it identifies a device, like a beacon, it can wake up an app on the phone (even if the app is not running). Developers can make their apps responsive to iBeacon by using Apple’s Core Location APIs (application programming interfaces) in iOS. iBeacon can also be implemented into Passbook such that relevant messages/offers appear in your Passbook as you encounter specific beacons or Bluetooth devices (though an App needs to be installed which recognizes the detected beacon).

How does Bluetooth beacon tracking work?

Bluetooth beacons can send rudimentary data back to an app, which in turn, when corresponding with more than one beacon, can triangulate a user's position. Without an app interface, beacons are unable to make this calculation for themselves.

However, for a variety of reasons, even using multiple beacons isn't always effective for triangulating a user's whereabouts in an indoor location. For example, while a group of beacons may be able to pinpoint a user at one point, they would not be able to work out the direction that user was facing, and would struggle to keep up with a moving device. This is where Pointr's Deep Location® Platform comes in, with numerous unique technological calculations leveraged in order to bridge this gap and offer super accurate indoor positioning and indoor navigation.

So where can I get a beacon from?

There are currently a number of beacon manufacturers out there, all offering a slightly different range of features, flexibility, reliability and battery life. Estimote and Kontakt are some of the more popular beacon manufacturers and they offer a good SDK (software package) which allows you to configure and play around with the beacon, whilst also offering pretty decent battery life. You can get super small beacons, super long life beacons or waterproof/sturdy beacons from a quick search, you can even turn any Bluetooth Low Energy compatible phone into a beacon itself!

How much do beacons cost?

You can pick up a beacon for $15 or up to $35 depending on what features and battery life you want from it.

What businesses should invest in beacons?

There's no limit to what can be done with BLE beacons, and their inexpensive cost means that everyone from small retail stores through to huge locations like hospitals and airports can benefit enormously from investing in beacon technology.

At Pointr, we've worked with a large range of businesses and venues to make the most of beacon technology. We've helped shopping centers leverage asset tracking and positional analytics to better understand where their customers are going and not going in their store. We've aided airlines and airports in improving their apps with indoor navigation to get their visitors to the correct gates quickly. We've empowered workplaces to keep their employees safe via indoor position contact tracking and improve efficiency by letting them know where they can meet easily and immediately.

What data do beacons send to phones?

Contrary to common understanding, beacons themselves transmit no meaningful data. Instead, they transmit short identifiers and it is the app that should make use of this information and do something useful. For example, an app can detect a short number broadcast by a beacon, then connect to internet to convert this number into a message, and trigger a push message on the phone. (Beacons can in theory send push messages without the internet but only of a few characters long). In short, beacons are dummy devices that advertise short identifiers, and it is the app that is responsible for doing something smart.

Technically speaking, beacons send a small stream of data containing a unique identifier and a small amount of customisable data. The identifier is what notifies an app to start listening and do something, while the data then gives some further information for processing. The identifier consists of three parts: a “UUID” which is typically the ID of the beacon vendor and a “Major” and “Minor” ID which are customisable and designed to signify different countries/regions/buildings/stores/rooms. The data is all transmitted unencrypted (by design) in a widely publicized format to ensure standardisation between manufacturers and platforms and as such can be spoofed. Apps need to understand this ‘feature’ to ensure nothing sensitive is transmitted through BLE and instead it should trigger another process which can be more secure.

What interference do Beacons cause?

Beacons do operate on the same frequency as some Wi-Fi signals (2.4GHz) and hence could cause interference, however they operate at lower power levels and transmit signals for very short periods of time – often for 1ms in a second (1000ms). As a result of this, even with many users simultaneously using Bluetooth, it is unlikely to have an effect on a Wi-Fi connection – there are loads of common household devices using this frequency band with much higher power levels and most of the time even they don’t have an effect. If the Wi-Fi connection is based on 5Ghz transmission then you will not get any interference at all.

What can I actually do with beacons?

This is where beacons get really interesting as you can do so many things with them, and the list keeps getting longer as people imagine new uses. Currently some of the working uses include:

Where are Beacons used today?

Tens of implementations have been advertised in the last year, with the US leading the way in beacon integration. Marketing and loyalty drive the most common purposes at the moment, with some these examples:

What is more to come?

The last few years saw the inception of beacon applications which blend offline and online experiences for smartphone users. At Pointr, we believe we’re just seeing the beginning of a world where all your online behavior will blend in with your offline activities and many offline objects (bus stops, vending machines, cars, shopping malls, museums, car parks and department stores will all become smarter and we will be able to interact with them).

We foresee applications that range from straightforward loyalty/marketing ones (e.g. being greeted personally when you walk into your favourite store, and receiving tailored offers based on your online and offline shopping history) to really useful ones such as being able to track valuable assets (e.g. being notified immediately when you leave your wallet behind) or navigation inside huge indoor venues or even underground stations, mines, etc. 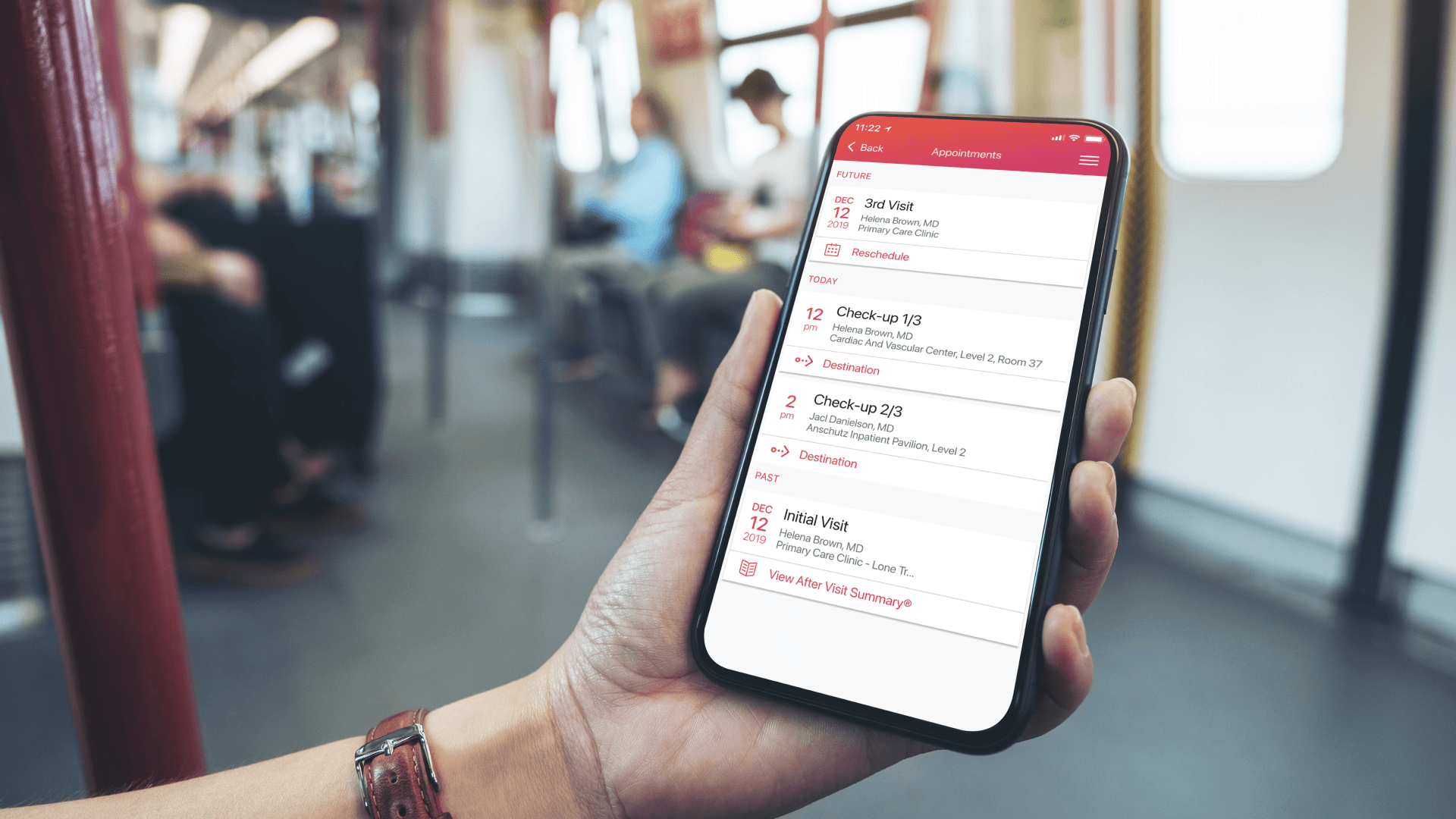 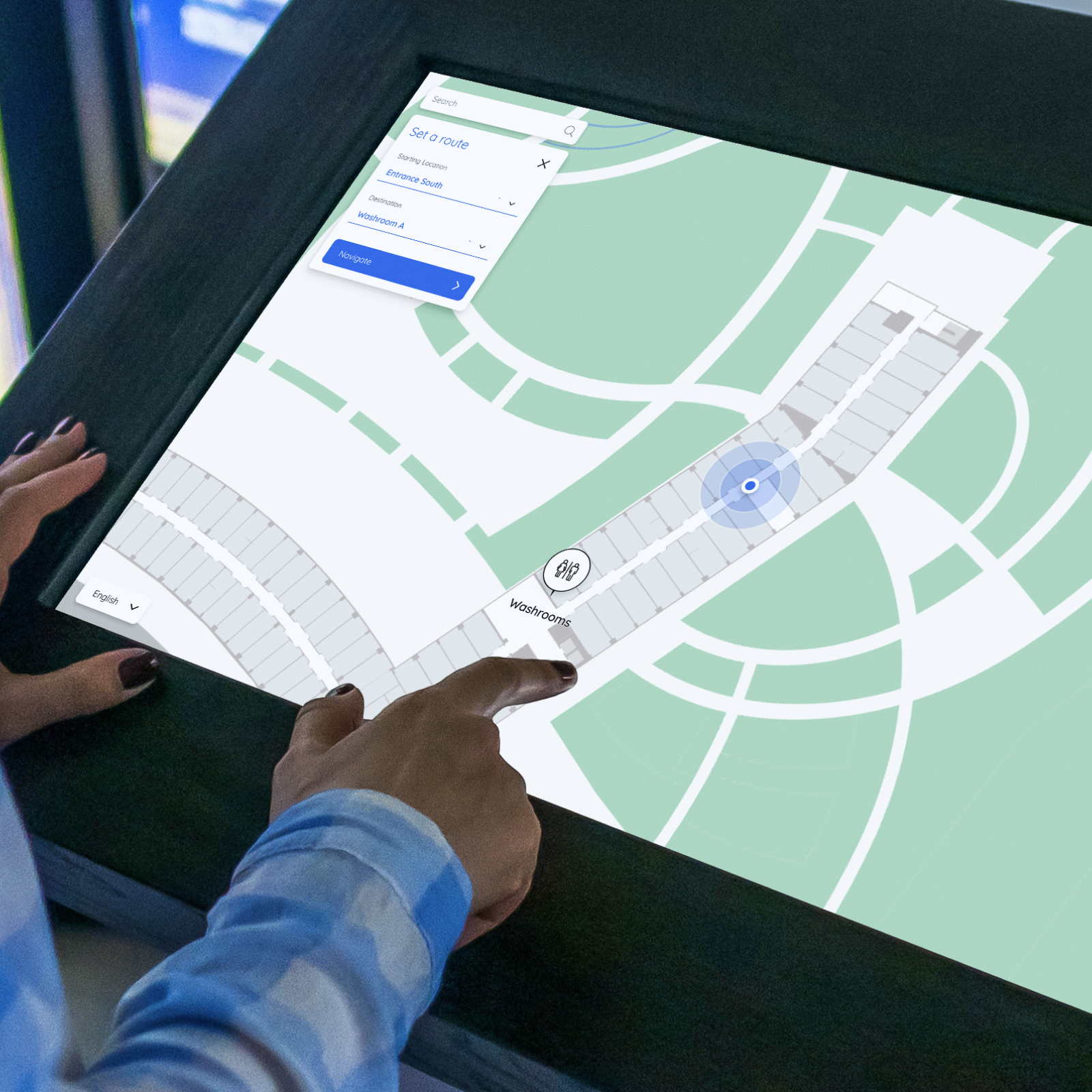 What are the most popular direction requests, and what can they teach us about indoor navigation?

Geomagnetic indoor positioning without hardware - the reality of a flawed system